Featuring:
Drew Profit as Larry
Jeremy Hennessy as Bruce
Mike Jansen as the zombie
MJ Cogburn as Angelique
and
Shane Harris as the announcer

This has been a Darker Projects production.  Thank you for listening!

Visit us on Facebook and let us know how you liked the episode! Enjoy! 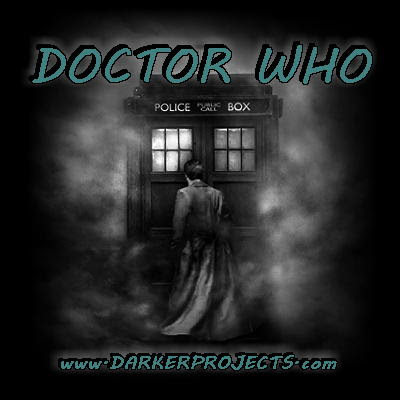 
Answering a distress call, the Doctor and Emma find themselves right where no-one ever wants to be, surrounded by German soldiers in the middle of World War II!  But when they're caught in a shoot-out between Allies and Axis, will the alien spacecraft by the perfect shelter, or lead to a much more dangerous threat?


Please let us know your thoughts on this episode on our Facebook page! Enjoy!
Newer Posts Older Posts Home
Subscribe to: Posts (Atom)