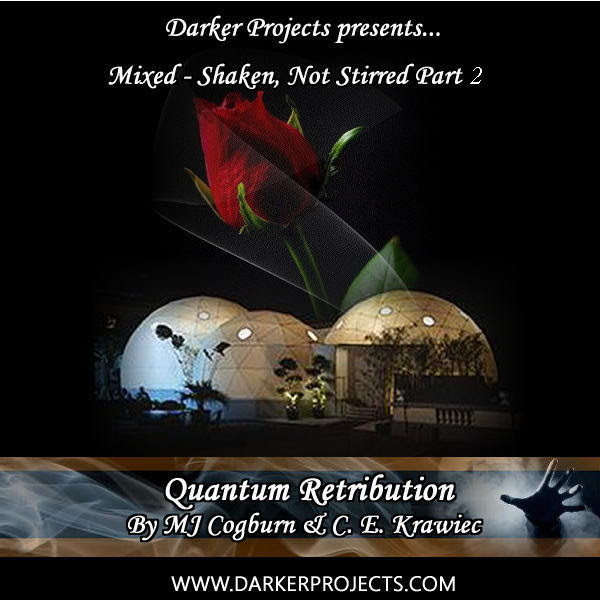 Which is worse?
What about your life is going along nicely only to be suddenly mixed up, muddled and basically turned inside out when it takes an unexpected turn... such as discovering that you never liked your mother before you ever met her?  Want to know more?  (Clue:  Talk to Tala.)

What about closing your eyes, knowing you're in control, then opening them a moment later to discover that you're really not?  (Clue:  Ask Vaughn)

What about being offered something and being *this* close to getting it... and then are denied it?  (Clue:  Anyone seen Siren and Trevor?  I bet they'd know.)

Featured in this episode was:


Written and produced by MJ Cogburn and C. E. Krawiec

Theme music is available for download at Sounddogs dot com.  Other music by Kai Hartwig and Kevin MacLeod.

The executive producer of Darker Projects is MJ Cogburn

This has been a Darker Projects production.  Thank you for listening!

Visit us on Facebook and let us know how you liked the episode! Enjoy!
Newer Posts Older Posts Home
Subscribe to: Posts (Atom)