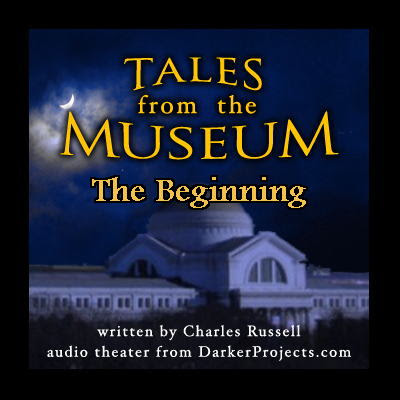 Tales From The Museum: The Beginning Ep 02 - Mummy's Treasure

A mysterious mummy has ended up in the museum.  The rightful owners and the Nazis are after the Mummy.  After trying to set the mummy in the rightful hands, Sheppard and Ruthie visit Brother Gilbert and gain new information about the Sleepwalker.  How is Brother Gilbert involved with the Sleepwalker? Will Ferring, Mr. Sheppard, and the rest be able to figure out what's going on?

The Series Producer is MJ Cogburn

Uncover the truth behind the makings of Darker Projects with MJ Cogburn in this bi-weekly podcast. Come in and see what's been going on!
Shane Harris is the production announcer.  Music by Kevin MacLeod.  Post-production by MJ Cogburn.  Thank you for listening.